I am proud to introduce Over There, the first fine art print in the Angels Without Wings collection which celebrates U.S. EMS history.

WWI was a very important time in the development of the emergency medical system here in the U.S. As medically trained men cared for and transported the wounded soldiers in the first mechanized conflict; the importance of such pre-hospital care was realized domestically when the war ended. Thus, the building blocks for today’s EMS began to be laid.

Over There, the title for a popular WWI song written by George Cohan, proved to be an inspiration to both the young men who were being sent to fight the war, and to those on the home-front who worried about their loved ones. My painting strives to capture this stoic inspiration, as well as the chivalry and dedication of the men who proudly served in the American Field Service during WWI.

As a previous collector of my work, you are receiving a special invitation to order this limited edition of 75. No pre-orders are being taken for this print and shipments will begin immediately upon your order. What’s more, with every order placed through October 1st, you will receive one 5×7” Over There open edition mini-print. This 5×7” print is signed by me and will be included with your shipment as a special gift. 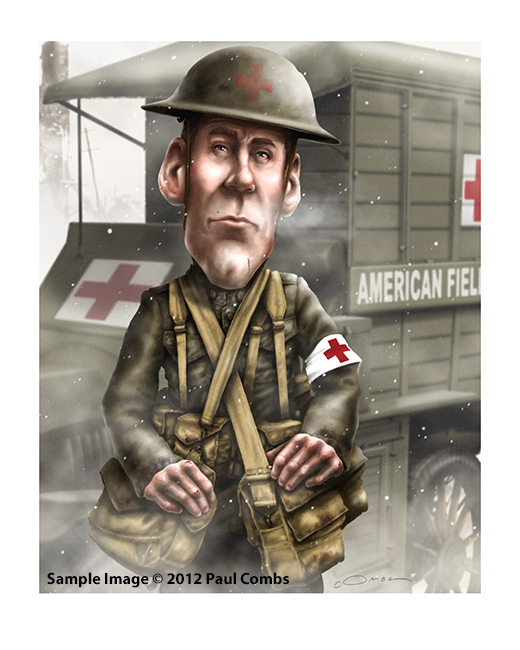 Retrospective look at the past ten years of 9/11 artwork.